Did you know that Washington DC is full of encrypted messages that are a symbolic record of the struggle for liberation? Its buildings, statues, monuments and inscriptions were placed here with purpose and intent for those who choose to see.

Our nation’s capital is actually a shrine for the alchemy that has taken place in the consciousness of humanity and its modern legacy.

DC has many examples of the esoteric influences that gave rise from a swamp on the Atlantic coast to a temple of democracy. The Washington monument is an obelisk of Egyptian design striving to connect heaven and earth.

The Capitol depicts the Apotheosis of Washington — George Washington mingling with a pantheon of gods: Mercury, Neptune, Ceres, Vulcan and America’s own Columbia — all in a celestial state.

Throughout the city are secrets hidden in plain sight that show all that influenced the transformation and the deep shifts that we inherited.

Join Greg Roach and Master Mason Michael Long – with their combined 60 years of esoteric wisdom – as they take a deep look at the seeds our Founding Fathers sowed for America. Together we will lift the veil of modern DC to glimpse its fantastic spiritual underpinnings. You’ll never see America the same way again! 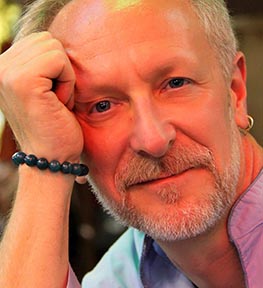 Arrive in Washington DC and make your way to the charming boutique Lorien Hotel, the best hotel in Old Town Alexandria, our home for the next 5 nights.

If you like, we can arrange a private transfer from the airport for you.

After freshening up in your room, you will meet up with the group to enjoy a wonderful welcome dinner at the Old Ebbitt Grill, one of the oldest and most venerated restaurants in Washington, DC. Dine on their famous Maryland crab cakes, steak, or another one of their delicious signature dishes.

Discuss Freemasonry, the spiritual symbolism of DC, and the legacy of the founding fathers with your expert tour leaders and the others in this unique group.

This morning, we set out after an early breakfast for Williamsburg, Virginia, home to the only living colonial museum in the United States.

We will see the museums on an extended tour, have lunch at the Museum Café, and browse in the Museum Store. Our private guide will introduce us to the culture of the 18th and 19th centuries through the fascinating stories behind the museum collections, and you will get to experience the feel of being in Colonial American first-hand, seeing a real working household, farm, smithy, and more!

We will also be treated to a special private tour not offered to anyone else: a visit to the oldest Masonic Lodge in the United States, shown to us by a local Freemason.

We will take a leisurely coach ride back, and arrive in our hotel in time to enjoy a late supper at the Lorien or in one of the many local restaurants.

Today, we start off with a short walk to the George Washington Masonic Memorial.

The most detailed Masonic Monument to any of the founding fathers, this is a fascinating glimpse into Washington’s life and his beliefs, his faith, and his choices for government. We will also visit the Templar floor, normally closed to the public, on our private tour of this fascinating building.

Next we visit the beautiful House of the Temple, one of the most important Masonic lodges in the United States and the headquarters of the Scottish Rite of Freemasonry,Southern Jurisdiction.

We’ll stop for lunch in between at one of the wonderful local restaurants in this area, then this evening, you’ll be on your own to explore DC or Old Town Alexandria.

Why not schedule a massage at the Lorien’s spa, or shop in the delightful outdoor mall.  Or take the time to visit the new Martin Luther King memorial or another DC monument?

This morning, your tour leaders will start you off with a detailed talk about the origins of the founding fathers and the Freemasons, and how the Rosicrucians fit into this Age of Enlightenment.

Now’s the chance to ask all your most burning questions of these two experts, Michael Long & Greg Roach!

After lunch, our expert Mason tour leader will be taking us on a walking tour around the Capitol.

We’ll visit the Capitol Building, the Peace Circle, several spots at the Library of Congress, the Botanical Gardens, and the Supreme Court.

At each stop, we will see Masonic symbols of the Age of Enlightenment, deliberately encoded into the buildings and the décor to enhance Washington DC, to build it up as an important epicenter of higher ideals, and to instill a sense of reason in those who viewed its secret meanings.

For example – The Library of Congress: (The Thomas Jefferson building)

Outside is a fountain, a collection of statues depicting the Court of Neptune: A mythic tribute to the King of the Unconscious and Lord of the Gateway to the magical realm.

On the second level of the front there are busts of nine luminaries of thought. Inside a reflection of the principles of the Enlightenment with sculptures atop the columns with representations of Art, Science, Religion, Law, Poetry, Commerce, Philosophy and History.

There are also bronze statues of Francis Bacon, Plato, Newton, Moses, and Homer in the main reading room.

On the floor of the Great Hall are zodiac signs surrounding a great central sun with markers of the four directions.

To the East of this building is the John Adams building with door carvings of Thoth (Egyptian god), Ts’ang Chieh (Chinese patron of writing), Nabu (Akkadian god), Brahma (Indian god), Cadmus (Greek sower of dragon’s teeth), and Tahmurath (hero of the ancient Persians).

Afterwards, we will go on to Judiciary Square.

Take the evening off and rest your feet in the Lorien Spa, or else check out some of this city’s nightlife!

This morning, we take our other big walking tour, this time of the Federal Triangle:

We’ll stop for lunch along the way.

This evening, we will take a Sunset Monuments of Washington cruise up the Potomac, followed by our farewell dinner at Gadsby’s Tavern in Old Town Alexandria.  Dine on George Washington’s very favorite dinner in a place frequented by the man himself – this restaurant has been around as long as our country has!

After a last breakfast, pack and get ready for your trip back.  Let us know if you need us to arrange an airport pickup for you – you’ll have lots of amazing new memories and knowledge to take home!

Book a call with our travel concierge:

Visit Colonial Williamsburg for a day and see America’s oldest Masonic Lodge
Take daily walking tours around the Capitol and see its sacred, hidden symbols
Dine at some of the oldest and most delightful restaurants in the DC area
Take a Sunset Monuments Cruise along the Potomac River
Stay in the best hotel in quaint Old Town Alexandria

"I loved my room, my view was something out of a movie, the staff was extremely helpful, and I loved the breakfast in the morning. The whole tour was a new experience for me in itself. That was my first time outside of America, and also traveling by myself. I loved every single thing we did. I said that I wanted this trip to help me take that new step in my life, and it helped me take three new steps."

"To my Fellow Quest Guides and Adventurers: This trip has been the best event I have ever had in my life time so far. Everything just went with the flow. All of the places we visited were so wonderful and the information received from your guides, that you had chosen, was so informative to the point of amazement.

The places we stayed in were all spectacular and the service was gratefully appreciated. Transitions were smooth, personal development was immense, spiritual growth was enormous and the love within the group amplified. I have to have a rest. if I am ever to make another tour!! Jam packed with entertainment and adventure. Rest was at your own risk if you did not want to miss out on something.

I have made some wonderful life long friendships from this tour. I am indeed truly grateful for Halle and Greg, not only for meeting these amazing people but getting to see and spend spiritual time in the best locations in the world with them. I thank you."

If yes, then they could go here.